Posted by Zennie on February 24, 2014
Columbus, Ohio – Megan Avalon (@HotMuscleBarbie  on Twitter and https://www.facebook.com/megan.avalon.31 on Facebook) who's cleverly built a World-famous brand around her super hot, female bodybuilding “Barbie With Muscles” image, will be at The Arnold Classic 2014 representing Badass Nutrition.

The Musclebarbie, who was a personal trainer at the former Gold's Gym in Oakland, says “I will be at The Arnold Classic working for Badass Nutrition and getting ready for my upcoming NPC Figure Debut Show Memorial Day in Venice Beach, California.” 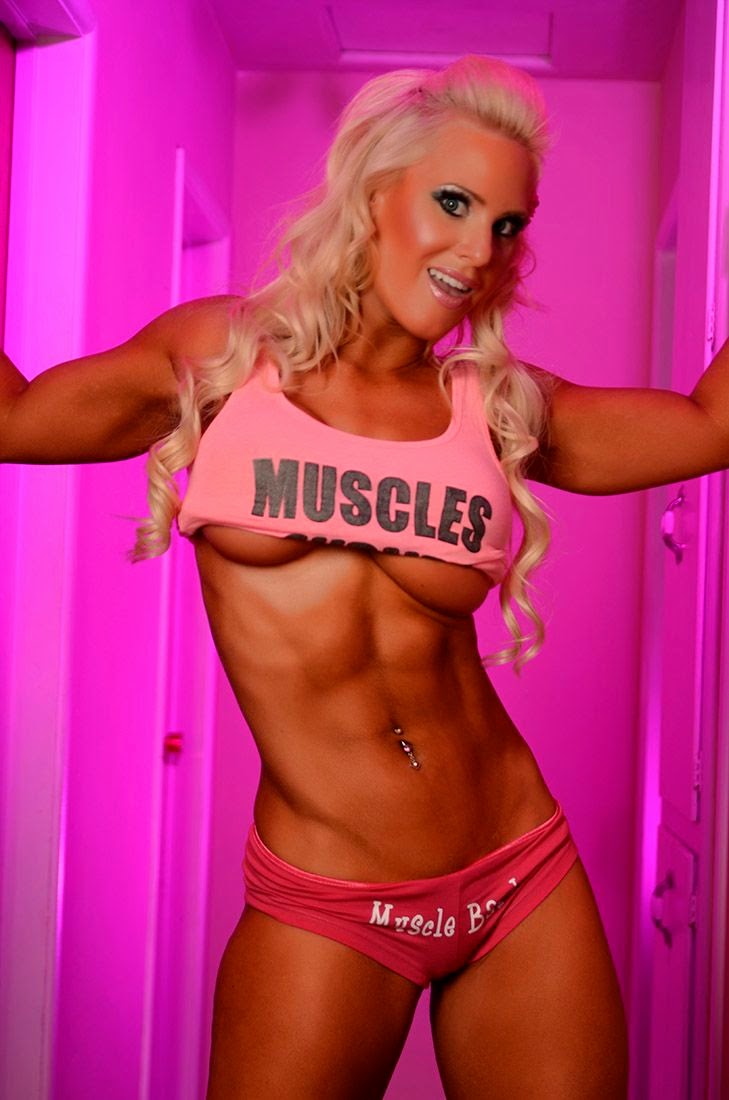 Badass Nutrition is a set of vitamin products that's more than products, but a “way of life.” Badass Nutrition's family of vitamins and supplements are specifically developed to help you realize results after your workouts. They have played a key role in Megan's reformation of her already amazing and strong and sexy body. So much so, that's she's now expanded the number and type of bodybuilding events she's competing in for 2014.

“I'm going to compete in the Women's Powerlifting Event at The Muscle Pit that Memorial Day Weekend, Megan says. “I'm going to bring some sexy to the word strength.”

The 25-year-old fitness model Megan, also credits her advancement to her work with her trainer and coach, famed strongman Jon Anderson: “My big physical and mental training changes have come from Jon and his Deep Water Training Methods,” she said. You can buy his new book at DeepWaterMethod.com and learn more about him at Jon-Anderson.com.

Megan Avalon first burst onto the bodybuilding scene competing in the Oakland “Silver and Black Classic” in 2011. She's become a well-known San Francisco Bay Area personal trainer, actress, and fit model. You can learn more about Megan Avalon at MeganAvalon.net. She will be available for photos and interviews at the Badass Nutrition booth. Contact Zennie62Media to set an appointment.

The Arnold Classic, or Arnold Sports Festival, will be held from February 27th to March 2nd 2014 in Columbus, Ohio. The event is a competition among the world's best professional bodybuilders. For more information and tickets visit ArnoldSportsFestival.com